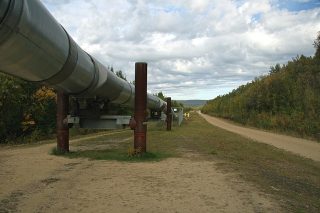 *This project has been cancelled, litigation may no longer be viable.

The Atlantic Coast Pipeline project is a joint venture between Dominion Resources, Duke Energy, Piedmont Natural Gas, and Southern Company Gas. The work is operating under Atlantic Coast Pipeline, LLC. The 600-mile pipeline would run through North Carolina, Virginia and West Virginia, bringing natural gas from fracking fields in West Virginia and Pennsylvania to power plants in North Carolina. The pipeline was proposed in 2013 and the North Carolina Department of Environmental Quality approved the permit for the pipeline to run through eight counties in late January, 2018.

Land-clearing for the project started in early February, 2018, but ACP, LLC still needs to acquire the properties in order to complete the project. The project would cross about 2,900 properties in North Carolina. In some cases, the property needs to be leased, and not owned outright, but construction will still take place on the property. About 20% of the affected property owners have not yet agreed to compensation proposed by ACP, LLC.

Though eminent domain typically comes into play for public infrastructure projects, a Supreme Court ruling known as the Kelo Decision makes it possible for governments to use this power on behalf of private developers. If you own a property and have been approached by a government appraiser or a representative of the Atlantic Coast Pipeline Project, contact an experienced eminent domain lawyer in Raleigh immediately.

What is the Purpose of the Atlantic Coast Pipeline Project?

Several organizations have voiced concerns about the Atlantic Coast Pipeline environmental impact. The fact that the pipeline would be transporting gas obtained through fracking methods its controversial in itself, but there are other concerns such as air quality and potential leakage. The pipeline would cross several waterways in North Carolina, so the potential effect on water quality is also a major concern.

The NC Department of Environmental Quality held several public meetings to hear concerns and also sought approval from the Division of Air Quality, Division of Water Resources, as well as the Division of Energy, Mineral, and Land Resources. The final approval was received in late January, 2018, allowing the project to begin in North Carolina.

What are the Affected Locations?

The compression station will be located on the North Carolina-Virginia border. There will also be a lateral pipeline running through to Chesapeake, VA. It crosses several family farms as well as protected public lands, such as the Blue Ridge Mountains and several streams and rivers.

It’s imperative to have an eminent domain attorney on your side when faced with proceedings. An experienced attorney guides you through the process and ensures fair treatment.

The Atlantic Coast Pipeline is an example of the different types of compensation that can stem from eminent domain cases. For this project, the ACP, LLC approached landowners directly to work out compensation for selling or leasing the land for the project. Eminent domain only comes into play if those negotiations fail.

Compensation for land acquired through eminent domain can go beyond payment for the property itself. For example, ACP, LLC will compensate landowners for allowing utility crews to enter their properties to access the pipeline for the life of the project. The payments also compensate property owners for not growing trees and not erecting buildings on a 50-foot-wide strip above the pipeline.Other types of eminent domain compensation include:

An experienced eminent domain attorney can help you determine what type of compensation you qualify for and ensure you get a fair amount of money for your property.

If your property lies in or near the land needed for the Atlantic Pipeline Project, you may have already been contacted by ACP, LLC or the NC government. Though it is advisable for companies and governments to negotiate with landowners directly, it is not required. Eminent domain proceedings can occur without prior negotiations, so it’s important to have an experienced eminent domain attorney on your side if this occurs. The experienced eminent domain lawyers of Kirk, Kirk, Howell, Cutler & Thomas, LLP will review your case and help you receive just compensation.


If you have already been contacted by ACP, LLC or a Right of Way agent regarding this project, call our eminent domain attorneys immediately at (919) 615-2473 or complete the form below. We will guide you through the process and ensure that you are fairly compensated for your time, property, and any other associated costs.