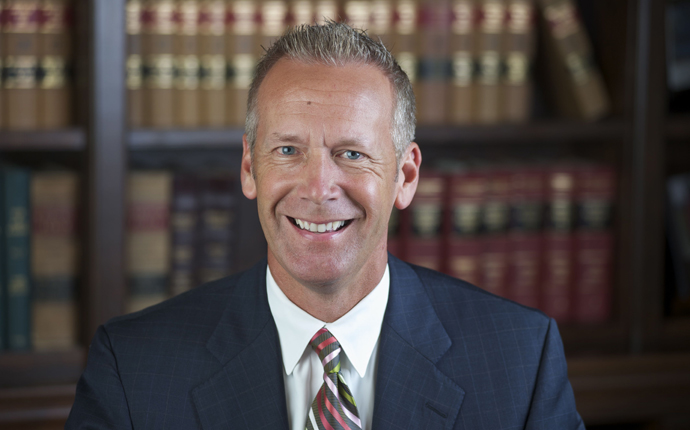 A Raleigh native, Jeff earned his undergraduate degree in Political Science from North Carolina State University in 1986. While at State, Jeff participated in Varsity Football for the Wolfpack. He earned his law degree from Campbell University School of Law in 1989 where his article “Battered Spouse Syndrome” was published in the Campbell Law Review. Jeff is an experienced Raleigh criminal lawyer.

Jeff joined the other lawyers at Kirk, Kirk, Howell, Cutler & Thomas, L.L.P. in 1989 and became a partner in 1992. Jeff has effectively represented the citizens of Wake County and all over North Carolina. His determination and passion to help those in need has led to great results in court and great relationships with his clients, even after their cases are resolved. As part of the Kirk, Kirk, Howell, Cutler & Thomas, L.L.P. team, he is recognized as a highly rated criminal lawyer in Raleigh, NC.

Jeff earned the distinguished status of being certified by The North Carolina State Bar as a  State Criminal Law Specialist in 2009. Only a very small percentage of attorneys achieve this status. At that time, he was one of only four attorneys in the Wake County area to attain the status of Criminal Law Specialist in the last fifteen years. This certification comes from proving his proficiency, skill, experience and knowledge in all aspects of criminal law from the most serious of charges, including capital and non-capital murder cases down to traffic matters and NC driver license restoration.  As our resident Raleigh criminal lawyer, Jeff will listen to you and your side of the story and examine all the evidence so that he can best advise you on how to proceed in court. Jeff has been fortunate to have a large percentage of his jury and bench trials to result in not guilty verdicts.

Jeff is married to his wife Holly for 27 years; they have a twenty-two-year old son, and a twenty-year old daughter attending college. Jeff enjoys exercising, golfing and coaching youth sports. The Cutlers are members of White Memorial Presbyterian Church in Raleigh.