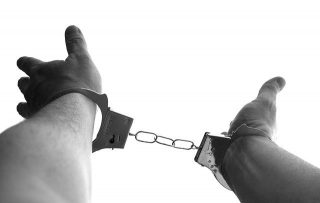 We’re going to take a closer look at what these differences are and the punishments they bring along with them.

Manslaughter vs. Murder in North Carolina

Beyond that major difference, there are also different types of manslaughter and murder charges in North Carolina.

In North Carolina, there are three basic types of manslaughter charges:

This is sometimes referred to as “passion killing” when someone is killed in the heat of the moment. The circumstances that lead up to the crime are those that would cause someone who is otherwise reasonable to become so emotionally or mentally disturbed that they kill another person.

When someone is charged with murder they will likely face either first-degree or second-degree murder charges.

This is when a person planned to kill another person and followed through on it. This is premeditated and deliberate. If someone kills someone else during a felony crime, like a robbery or rape, they would be charged with first-degree murder. Anyone who is an accomplice to a felony murder would also face first-degree murder charges.

The punishments for manslaughter differ depending on the charges. These are the typical sentences someone can face when charged.

These are Class F felonies that carry a prison sentence of up to 13 months.

Since a murder charge is more serious than a manslaughter charge, the punishments are more severe.

This is the most serious crime. As a Class A felony, it carries a sentence of life in prison without parole or the death penalty

This can be a Class B1 or B2 felony. Class B1 felonies have a prison sentence of 192 months to life in prison while class B2 has a sentence of 125 months in prison.

If you find yourself in need of a criminal law attorney, contact Kirk, Kirk, Howell, Cutler & Thomas. For more than 60 years, we have been a trusted name for people in need of a defense attorney in Raleigh and surrounding areas. To learn more, reach out to us today at 919-615-2473 for our Raleigh office or at 919-365-6000 to reach our Wendell office. You can also fill out the form below to get started.