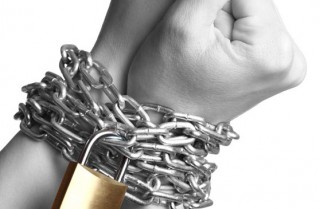 For instance, an employer can file a lawsuit to enjoin a former employee from contacting or providing services for the employer’s customers in violation of the non-compete agreement.

What are the Employer Requirements When Seeking Restitution for Non-Compete Violation?

In order to seek an injunction against a former employee, an employer must file a lawsuit against the former employee and request injunctive relief. Thereafter, a hearing will be held.

In order to receive the injunction, the employer will need to show a substantial likelihood of success on the merits of the case.

In effect, the court will hold a “mini-trial” to hear from both parties and determine whether the employer is substantially likely to win the overall case. Needless to say, if an injunction is granted, then this can be a devastating result for the former employee and could cause the former employee to lose his new employment.

As such, the mini-trial on the issue of an injunction is almost always hotly contested.

Who will the North Carolina Courts Support?

Our law firm in Raleigh, NC has found that judges are ready and willing to issue an injunction in favor of the employer if the case is clear.

However, if there is a conflict in the evidence, then a judge may very well refuse to grant the injunction and force the employer to proceed with a claim for damages many months down the line when the actual trial occurs. Unfortunately, the actual trial often occurs after the non-compete agreement has expired.

Needless to say, it is very important to have experienced counsel at the injunction hearing since the result of that hearing will likely be the most important ruling in the entire case.

What Type of Restitution Can an Employer Seek?

An employer can also seek to recover any profits wrongfully received by the former employee. While common sense says this should be a pretty simple process, such cases are very complicated because the profits in question cannot be awarded on the basis of speculation but, instead, must be proven with reasonable certainty.

It takes experienced counsel to handle such cases on behalf of the employer, as well as the employee.

It is important to have counsel that has been on both sides of the argument in an actual courtroom.