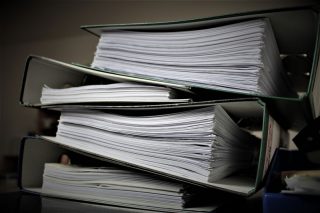 Prior to December 2019, North Carolina was the only state in the country where sixteen-year-olds were automatically tried as adults regardless of the facts, at least in most cases. Pretty much everyone agreed that this stance was too harsh. House Bill 1001 changed this landscape. The alteration has broad implications for juvenile offenders and their families, whether or not the age changes directly affect them.

What’s the Difference Between Juvenile and Adult Justice Systems?

The same criminal code applies to both juveniles and adults, at least for the most part. Drug possession is drug possession in either forum. The elements of the offense are the same. The DWI laws are different, simply because the law is harder on underage drunk drivers. For example, the acceptable BAC limit is lower and the punishments are harsher for minors, especially in terms of drivers’ license suspension.

Philosophy is the biggest difference. Superior Court judges assume that offenders need punishment. And, the punishment should be harsh enough to deter future misconduct. That’s especially true with regard to felonies. However, Juvenile Court judges often assume that rehabilitation is possible. Sentences tend to reflect that attitude.

So, it is important for a Raleigh juvenile justice lawyer to keep cases in juvenile court if possible. Extended incarceration at a place far from home is rather uncommon. More likely, the judge might sentence the offender to an extended period of probation or perhaps some time at a secure halfway house.

Additionally, some agencies do not have the infrastructure to handle additional juvenile cases. Events in Wilmington are a good example. County officials recently announced plans for a $70,000 extension to the existing New Hanover County Juvenile Justice Center.

Many Raleigh-area counties cannot afford such large projects. So, to conserve space in detention centers and juvenile justice resources, like counselors and social workers, many prosecutors might be willing to offer not only probation, but also shorter probation periods which feature less supervision.

The new law keeps most, but not all, sixteen and seventeen-year-olds in juvenile court. A number of cases are still at least eligible for transfer. In some cases, the transfer is mandatory.

There are also offense-specific transfers. Children who face felony charges could be transferred to adult court. The procedure varies, depending on the type of offense.

The transfer procedure distinguishes between less serious H or I felonies and more serious A through G felonies. H & I felonies generally include nonviolent yet serious offenses. Examples include BMV (burglary of a motor vehicle), drug possession, larceny, and possessing stolen property.

Juvenile judges are required to transfer A through G felonies upon a finding of probable cause, even if the defendant has no prior record. Transfer is discretionary in H and I felonies. Once again, the state must establish probable cause.

Legally, probable cause is a rather low standard. A grand jury indictment establishes probable cause, as does an information or another formal charging instrument. However, the hearing requirement itself gives Raleigh juvenile justice lawyers a chance to keep the case in juvenile court.

In most cases, early plea bargains are a bad idea. It’s better to conduct some discovery and determine what defenses apply. But in juvenile transfer cases, an early plea bargain might be a good idea. If the defendant pleads guilty before the case is transferred, the juvenile will not be sentenced as an adult. As mentioned, due to resource concerns, many prosecutors are willing to make favorable deals at this stage.

Obviously, an early plea bargain is not always a good idea. If the defendant has an affirmative defense, or the state’s evidence is less than overwhelming, it’s usually best to press the issue into adult court.

Reach Out to an Aggressive Attorney

Candace is an experienced criminal law attorney in Raleigh. She also has had extensive experience as a paralegal with Kirk, Kirk, Howell, Cutler and Thomas before becoming an associate attorney with the firm.

Is Your Teen Charged With Underage Drinking?