Kirk Kirk Law > Resources > Business Law > What Are My Workers’ Compensation Rights if My Boss is in a Different State? 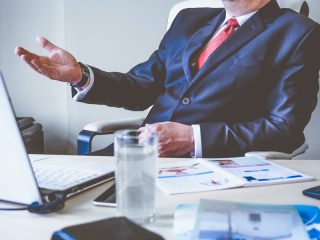 Typically, attention to detail is key in these claims. A missed deadline or incomplete document could mean a costly delay at best or loss of compensation at worst. Pursuing a claim in the proper place is another good example.

Generally, the place where the injury occurred is always the proper place to bring a workers’ compensation action. So, out-of-state employers cannot use this loophole to reduce or deny compensation. Unfortunately for injured workers, that’s just one of many hurdles they must overcome before they obtain fair compensation.

These payments have declined 20 percent since 2017. Assertive legal representation might be the best way to obtain a fair-sized piece of a shrinking financial pie. Fundamentally, the North Carolina workers’ compensation system is designed to get injured victims back to work quickly. So, the system provides no-fault benefits which pay for:

In North Carolina, job injury victims have a limited right to choose their own doctor. Typically, workers may choose their own emergency physician and also obtain a second opinion from a doctor of their own choosing.

These rights and benefits apply to both trauma injuries, like falls, and occupational diseases, such as hearing loss.

The delayed discovery doctrine often comes into play in occupational disease claims. Most victims do not run to the doctor as soon as they begin experiencing things like hearing problems. As a result, the workers’ comp claims deadline usually passes.

Fortunately, victims are not required to bring claims until they understand the full extent of their damages and they connect those damages to a workplace condition.

For the most part, with the exception of choose-your-own-doctor provisions, the aforementioned laws are the same in different states. Also in most states, workers’ compensation is usually the exclusive remedy for work-related injuries and illnesses. In North Carolina, that’s not always the case.

Woodson claims involve an employer’s intentional recklessness. Specifically, employers must “intentionally engage[] in misconduct knowing it is substantially certain to cause serious injury or death to employees and an employee is injured or killed by that misconduct.”

Misconduct is a step above negligence. Examples include sending construction workers to renovate old buildings that probably contain asbestos without giving them protective gear or failing to address known safety hazards.

If a co-worker exhibited similar misconduct, a Pleasant claim might be appropriate. These actions are especially common in construction site injury claims. Some workers drop heavy objects or fail to safely operate machinery with little or no regard for the consequences.

On a related note, if a worker is injured due to a defective product, such as hearing loss due to inadequate earplugs, the manufacturer might be strictly liable for damages. Negligence, recklessness, misconduct, and all other mental states are normally irrelevant.

To determine such losses, most attorneys multiply the economic losses by two, three, or four, mostly depending on the facts of the case. This figure serves as a starting point for settlement negotiations.

Most of these claims settle out of court. So, most victims get the compensation they need and deserve without going all the way to trial.

No matter where they are hurt, injured workers are usually entitled to substantial benefits. For a free consultation with an experienced Raleigh personal injury attorney, contact Kirk, Kirk, Howell, Cutler & Thomas. We do not charge upfront legal fees in workers’ compensation matters.

Why Won’t Workers’ Comp Pay For My Medical Treatment?