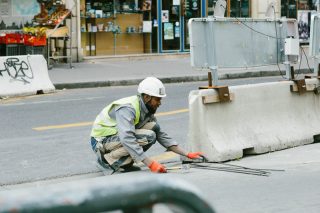 Many people know that today’s Los Angeles Dodgers were originally the Brooklyn Dodgers. However, many people outside SoCal do not know about the eminent domain controversy surrounding the construction of Dodger Stadium near Los Angeles.

In the mid-1950s, Dodgers owner Walter O’Malley toured SoCal looking for a place to build a new stadium. He chose the Chavez Ravine area. The only problem was that thousands of people, mostly poor Mexican-Americans, already lived there. So, the state used its eminent domain power to seize their property. In 1959, the sheriff forcibly removed the last remaining residents. Not surprisingly, local Hispanics did not embrace the Dodgers until the Fernandomania of the 1980s.

The same thing could happen here in North Carolina, to your home, business, and family. So, it’s important to understand your rights. It’s also important for a Raleigh eminent domain lawyer to stand up for these rights.

What is Eminent Domain?

Essentially, eminent domain is the state’s power to take private lands for public use, provided the state pays the owner just compensation for the property. All these elements are extremely complex, as outlined below.

It wasn’t always like this. Once upon a time, every square inch of land in the country was considered public land. Private owners were more like tenants. After the Battle of Hastings in 1066, William the Conqueror seized almost all the property in England. Then, he parceled it out among his friends as fiefdoms. That practice continued for about the next five hundred years. Finally, in the mid-1500s, Parliament limited such seizures to land needed for public works projects, like roads or bridges. Lawmakers also added a just compensation requirement.

For many years, eminent domain law in the United States largely followed this example. The Fifth Amendment includes an eminent domain clause which is the basis for this power. Then, beginning in the 1950s, a series of Supreme Court cases significantly expanded this area of the law.

Do State and Local Governments Have Eminent Domain Power?

Absolutely. The extent of this power largely depends on the language in that state’s constitution, and the way courts have interpreted that language.

In 2018, North Carolina lawmakers altered the constitution’s eminent domain clause. It is now almost as brief as the Fifth Amendment’s takings clause: “Private property shall not be taken by eminent domain except for a public use. Just compensation shall be paid and shall be determined by a jury at the request of any party.” That’s a very broad, government-friendly mandate. One advocacy group recently gave it a C-minus and said it should be more owner-friendly, or at least neutrally worded.

When Can the Government Condemn and Seize Property?

In the minds of many, condemnation is limited to health and safety takings. The government does have the power to condemn property it deems unsafe. But that’s only part of its power.

A quick word about forfeiture, which is a similar procedure. The government can take private property, such as a drug house, that is related to criminal activity. Forfeiture seizures do not require a public use justification, and the government is not required to pay any compensation, whether it is just or unjust.

The vast majority of North Carolina eminent domain seizures are public use takings. Most of them are NCDOT (North Carolina Department of Transportation) projects.

These seizures sometimes involve indirect takings. Assume Bill and Ted own adjoining property. Bill’s land is undeveloped; Ted is building houses on his land. If NCDOT takes Bill’s property to make way for an interstate, no one will want to buy Ted’s houses because of the traffic and noise.

Recently, the Supreme Court has allowed higher use takings. Now assume Bill has an empty warehouse on his land. The state might be able to take his land and convert the empty warehouse into condominiums or something that generates more revenue.

How Does the Government Determine Just Compensation?

Generally, an appraiser calculates just compensation. Then the state offers to pay this amount when it takes the owner’s land.

Procedure varies in different cases. But since most Wake County-area seizures are NCDOT seizures, let’s look at this agency’s eminent domain procedure.

After the state gives notice, if the owner does not feel the financial offer is fair, s/he may challenge the appraisal before a review board. The owner basically has the burden of proof to show that the offer was unfair. To meet this burden, Raleigh eminent domain lawyers often partner with real estate appraisers and other financial professionals.

Owners can then take things to the next level at a civil trial. The only issue at this trial is the amount of compensation. Once the state formally begins eminent domain proceedings, it is impossible for the owner to stop them. If property owners refuse to give up their land, it will be the Chavez Ravine all over again.

If you have more questions about eminent domain, or need legal representation in this area, contact one of the experienced Raleigh eminent domain lawyers at Kirk, Kirk, Howell, Cutler & Thomas, L.L.P. We routinely handle matters in Wake County and nearby jurisdictions.

What Are Your Rights in an Eminent Domain Claim?

Eminent Domain, Land Condemnation, And What They Mean