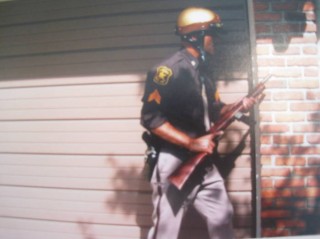 “Stand your ground” laws have taken the spotlight in the news lately, in part due to the Trayvon Martin/George Zimmerman trial in Florida. As a result, some Carolina residents have begun to question the status of North Carolina’s “stand your ground” law.

What is the Ruling on “Stand Your Ground” in North Carolina?

As of December 1, 2011, citizens of North Carolina had the legal right to defend themselves with deadly force in their homes, vehicles and workplace without the “duty to retreat.” “Stand your ground laws” exist in at least 25 states in addition to Florida and North Carolina.

These laws, sometimes called “Make My Day” laws or “Shoot First, Ask Questions Later” laws cover the extent to which a person can legally go to defend himself or others and the exceptions that apply.

A person is justified in the use of deadly force and does not have a duty to retreat in any place he or she has the lawful right to be if either of the following applies:

The second scenario is sometimes referred as the Castle Doctrine, recognizing that one’s home is one’s Castle and that you should be able to legally defend yourself and your family when an intruder or trespasser poses a threat.

There are exceptions to the use of deadly force in self-defense against law enforcement officers and bondsmen. However, both must be acting in the lawful performance of their official duties and must identify themselves to you unless you reasonably should know their identity.

Some may ask, “What is the difference between ‘Stand Your Ground’ law and general ‘Self-Defense’ law?”

Before the enactment of “Stand Your Ground” statutes, and in states that don’t currently have these laws, a person generally has a duty to retreat before being justified in using deadly force against an attacker. Without such statute, if you can avoid confrontation or get away, you must or you will risk criminal prosecution for assault, or depending on the outcome, manslaughter or murder.

A person is also limited to using “reasonable” force in the absence of a “Stand Your Ground” law. This means that a person cannot respond with deadly force when faced with non-deadly force such as a punch with a fist.

Until the enactment of these new statutes, the only justifiable use of force in self-defense was the return of the same level of force used against them; for example, a punch for a punch.

North Carolina’s “Stand Your Ground” law removes the duty to retreat and generally allows the use of deadly force when in one’s home, car or workplace, under reasonable circumstances. The law presumes that such an invasion gives the occupant the requisite fear required to use deadly force in defense of themselves or their family.

Do You Need Legal Help Justifying the Use of the “Stand Your Ground” Law?

Should you find yourself in a situation in which you are being accused of a crime when you were acting in self-defense, it is important to consult an attorney about your legal options. I am experienced in this area of law and our Raleigh law firm can assist you in protecting your rights. Call 919-615-2473

Guns at Protests: What Are Your Rights?

Charged With Drug Possession In North Carolina; What You Need To Know