NCDOT says widening a section of Interstate 95 will improve safety and decrease traffic congestion. But how much will this project cost area landowners in terms of lost property and diminished property value?

Interstate 95, which runs almost directly north-south from Miami to the Canadian border, is one of the oldest roads in the interstate highway system. The proposed $708 million Fayetteville widening is just one of many projects in the works on this historic roadway. 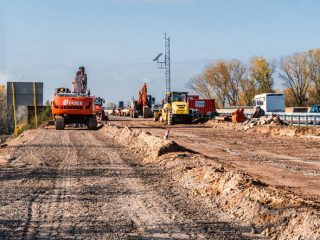 The I-95 Project Specifics

I-95 is also regionally important. It’s one of North Carolina’s key hurricane evacuation routes. Informally, it’s also the line between the piedmont and coastal regions of the Tarheel State.

Engineers plan to widen I95 to eight lanes in this area. They predict that expansion should be able to handle both the current volume and projected increases. Planners say that traffic already eclipses 60,000 vehicles a day, and that number could increase by as much as 50 percent by 2040.

This expansion project focuses on the twenty-five miles of freeway between Interstate 40 in Johnson County and U.S. 301 in Cumberland County. Crews will not just widen the road. They also plan to add new bridges, ramps, and/or loops to at least six freeway interchanges.

Construction is slated to begin in 2020 and end in 2024. A staggering $94 million of the project’s $708 million budget is designated for land acquisition. That huge allotment says a lot about the effect on area landowners, and even that sum might not be enough to provide fair compensation.

The Downsides of Progress

Doubling the size of an already large highway means lots of lost land on either side. Many businesses depend on highway traffic, so relocation is impractical. They must close their doors entirely. Additionally, many homeowners built near this stretch of I-95 when it was a relatively quiet four-lane road. Even if their houses remain, their lives will be adversely affected.

Furthermore, area residents and businesses might have limited highway access. NCDOT admits that service roads would be “realigned or shifted,” but the agency offered few specifics.

When landowners receive notice of eminent domain property seizure proceedings and a financial offer from the state, many recipients believe the process is at an end, but in reality, it is just beginning.

The Fifth Amendment’s eminent domain clause is not the only Constitutional provision at issue. The Fourteenth Amendment requires due process of law in these proceedings. At a minimum, that means notice and hearing. So far, homeowners have only received the “notice” portion.

Most eminent domain proceedings settle out of court. Generally, the only issue is the fair market value of the property’s highest and best use. NCDOT does not get to arbitrarily assign this value. Our Raleigh eminent domain lawyers usually partner with real estate appraisers and other professionals to determine a reasonable FMV/HBU value. This figure serves as a starting point, not an ending point, for settlement negotiations.

The pressure is on NCDOT. This agency wants the land, and it must pay a fair price to get it. Landowners, on the other hand, only want a fair financial settlement. That dynamic makes it easier to negotiate a favorable settlement.

Schedule a Consultation with Eminent Domain Attorneys in Raleigh

Being contacted by a right-of-way agent for the state of North Carolina is scary and you may feel like you don’t have options after receiving an eminent domain notice. Fortunately, by working with an experienced Raleigh eminent domain attorney, you are more likely to get fair compensation for your property. To schedule a consultation with the attorneys at Kirk, Kirk, Howell, Cutler, & Thomas, reach out to us today at 919-615-2473 or fill out our contact form below.