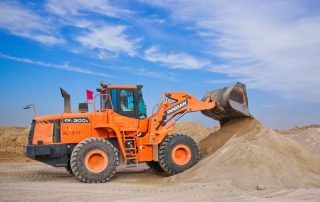 North Carolina Department of Transportation has multiple projects in the works right now. However, due to the COVID-19 pandemic, NC DOT is having to delay multiple projects in 2020 due to budget concerns.  It does appear that work on I-540 completion and US 70 improvements are still on schedule.

Simple population growth fuels most of these expansion, construction, and renovation projects. Since 2010, North Carolina’s population growth has consistently been well above the national average. That’s especially true in certain parts of Raleigh-Durham, Charlotte, and other large urban areas.

The Constitution gives local government the power to take private land for public use, provided the government pays just compensation. Recently, courts have expanded this power to include gentrification and redevelopment updates, such as turning empty warehouses into nightclubs.

The aforementioned population growth was the driving force behind the proposed Durham – Orange Light Rail project. Construction has been on hold since March 2019, but work will almost certainly resume at some point.

Orange County Commissioner Mark Marcoplos cited design changes, right-of-way expense increases, inflation adjustments, and other cost overruns when he pulled the plug on the project. The 800-pound gorilla in the room, however, was Duke University’s opposition to losing some land near the university hospital.

“We initially, a month or two ago, thought we had quick-take authority,” Commissioner Marcoplos remarked at the time. Instead, the process “was going to take two years, probably, and end up in superior court.”

The amount of compensation was probably the sticking point. Generally, once a government commences eminent domain proceedings, property owners cannot stop them. The only issue is the amount of money the property owner receives.

At a place like Duke University, today’s vacant lot could be tomorrow’s dormitory or science building. Facilities like these could attract hundreds of new students, increasing annual revenues by millions of dollars. Landowners need not show that such plans are in the works or even on the drawing board. The potential is generally enough.

This proposed natural gas pipeline would run from West Virginia through Virginia, North Carolina, and possibly South Carolina. Federal regulators approved the project in 2017, but construction has been slow. Opponents question the project’s economic benefits and also argue that environmental damage will be extensive.

Nevertheless, Dominion Energy, Duke Energy, Southern Company, and the pipeline’s other owners are committed to the project. They claim the pipeline and compressor stations will provide natural gas for millions of homes in addition to thousands of jobs for area residents.

Thus far, the pipeline is less than 10 percent complete. However, Dominion predicts that remaining challenges will be swept away, so the pipeline should be completed and operational by the end of 2021.

As mentioned, once eminent domain begins, it usually cannot be stopped. However, plaintiffs often lack the authority to condemn property. Utility companies are a good example. Frequently, such entities are not strictly government agencies, but they are not really private companies either.

In this way, utility seizures are much different from freeway seizures. Land condemnation for transportation projects is the largest eminent domain category in North Carolina.

When finally completed, this ambitious, three-phase project will link seven cities, cover twenty-eight miles, and cost a minimum of $2.2 billion. That figure includes over $80 million for land condemnation in the initial part of the project, which runs from Fayetteville Road (U.S. Highway 401) to the Interstate 40/U.S. 70 bypass.

Lawsuits and other delays have plagued the 540 Loop for many years. But in December 2019, construction finally began on a stretch of U.S. 401 near Benson Road.

The North Carolina Department of Transportation plans to hold several forums for area landowners detailing its plans for eminent domain seizures. One such forum took place shortly after construction began. Steve Kress, who did not attend the meeting, said the state “has been very helpful and what I hear from my neighbors they have been very generous as well.”

No matter how seemingly generous the state’s initial offer is, landowners do not have to accept it. In fact, North Carolina has a rather unique legal provision in this area. The Tarheel State’s “second look” law allows a Raleigh eminent domain lawyer to negotiate a better price without rejecting the state’s offer.

This provision is highly useful, because land appraisal is extremely complex. The DOT’s narrow appraisal might not include all the market and other conditions which could affect price. Furthermore, because of the highest and best use doctrine, many landowners might not know what the property is actually worth.

In 2018, NCDOT announced plans to widen the Johnson County portion of this roadway. The proposal also included updated interchanges at Cleveland Road and N.C. Highway 42. DOT engineer Boyd Tharrington, who said that “time was of the essence,” also announced that S.T. Wooten would be the lead contractor. The partnership would enable the DOT to “manage progress more efficiently and get certain sections completed faster to benefit the public,” he added.

These adjoining property owners deserve compensation as well. In some cases, that compensation could be financial. In other cases, it could be physical adjustments, such as route changes or sound barriers.

How COVID-19 May Affect Your Eminent Domain Case

Eminent Domain, Land Condemnation, And What They Mean