Recent legislation known as the Second Chance Act, will afford a greater number of people to expunge their prior criminal convictions. It is exciting news and here are some of the key point takeaways. 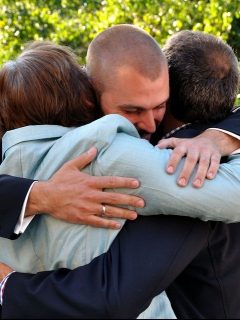 Our current law limits expungements to single convictions and often, so if a person is convicted of even two separate crimes on different dates, then they are barred from relief. However, the new law allows a much more liberal application to people who even have multiple convictions.

How do the new laws affect my past CONVICTIONS?

Understanding Your Rights to Expungement

Under the new law which takes effect December 1, 2020*, there will be three categories for expungements:

In all of the above categories, the waiting period begins to run at the completion of the sentence, if one was imposed, including probation.

Also, in all of the above categories, multiple convictions count as one conviction if they are handled in the same session of court (generally the same week).

Why is the New Law Significant?

Well, let’s discuss the specifics of each so that the expungement effect is clearer:

What are the exceptions to Non Violent crimes?

Exceptions to the term “nonviolent” are listed in the statute but to name a few include violent crimes like assaults, sex offenses, DWI offenses, stalking charges, breaking and entering crimes, and any felony offense that is a class G or higher.

Additionally, you do not get multiple chances to expunge convictions after you obtain one. You cannot apply for additional expunctions of any crimes you commit after the expungement gets granted.

With all expungements of convictions, there is a requirement that the petitioner currently be of good moral character and provide affidavits – things that we at KKHCT can assist you with.

What if I didn’t qualify for an expungement before? Is it worth me checking into my eligibility again?

Many applicants who did not qualify under our current laws will now become eligible in December. It is extremely advisable for you to take another look at your record and to consult an attorney about your potential options under the new laws. We would be glad to speak with you about your record and how these new expungement laws may help you!

What about my dismissed charges? Can they get expunged too?

Beginning December 1, 2020, dismissed charges can potentially be expunged regardless of other convictions on one’s record. Additionally, there is no waiting time period, no filing fee, and multiple petitions can be filed.

Beginning December 1, 2021, cases dismissed by the DA will be automatically expunged in many cases. But this only begins in 2021 and will apply to cases dismissed on or after the effective date.  In the meantime, you can petition to clean up those dismissed charges from your record and we can help – contact us today!

What if I was under 18 when I was convicted? Are there new laws that will help me?

If you were at least 16, but less than 18 at the time of offense of any misdemeanor or any class H or class I felony, and the offense occurred before December 1, 2019, you may be eligible to have all of your convictions expunged. You must just have completed any active sentence or period of probation and not have any outstanding orders for restitution. If you meet these criteria, an expungement must be granted by the court.

Contact an Experienced Expungement Attorney to See if You Qualify for this Significant Relief.

We at KKHCT are experienced in expungement matters and realize the substantial benefit one receives in cleaning up their past criminal record. Not only is it advantageous for career prospects and job opportunities, but it helps reinstate one’s Second Amendment rights and enables you to possess/purchase a firearm again.

Don’t hesitate to contact our office. While the new laws will not take effect until a bit later this year, it is a good idea to get a jump start on determining your eligibility and discussing the next steps. Call us today – we are ready to assist you.

How to Have Your Criminal Record Expunged in North Carolina