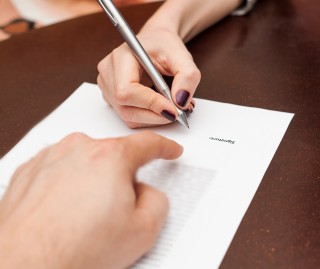 The Purpose of Non-compete Agreements in NC

One of the most valuable assets for American businesses is their human capital. The knowledge and skills that employees contribute to the overall value of a business are integral to the financial, social, and emotional well-being of a company. While companies look to hire the most talented employees, the opportunity for employment comes with the stipulation of contractual agreements that protect the business’s intellectual property.

As a result of protecting the company from having its ideas and brand concepts brought to competitor companies, employers often ask their employees to sign non-compete agreements.

There are two scenarios when this occurs:

Consideration in Non-compete Agreements for New vs. Current Employees

In essence, this all means that North Carolina law says that the potential new employee can just say “no” and refuse to sign the non-compete agreement. Unfortunately, the law does not account for the vulnerability we have as human beings when we are in need of employment.

At Kirk, Kirk, Howell, Cutler & Thomas We know that saying “no” to signing a company’s non-compete agreement is not a realistic situation for real people who fear the risk of losing a job opportunity in today’s market and economy. The potential employee is not likely to get hired for the job if they were to refuse to sign the company’s non-compete agreement, and the employer will simply move on to the next candidate in their large pool of candidacy.

Does the potential new employee really have equal bargaining power with the employer under such circumstances? In the real world where people are struggling to support themselves and their families, the answer is clearly “no.” Yet in a North Carolina court of law, more times than not they conclude this to be the case.

If you are an employee who felt pressured into signing a non-compete agreement contract during the company’s hiring stage for fear of losing your opportunity, it is important to secure knowledgeable legal representation with proven success in fighting non-compete agreements in North Carolina.

When it comes to current employees who are asked to sign non-compete agreement contracts by their employer, North Carolina law presumes that the employer has greater bargaining power. The basis for this is that the employee already has the job and cannot easily say “no” to an employer that is demanding that a non-compete agreement be signed without fear of consequences that may result in termination of employment if they do not comply.

Litigation often centers on whether the current employee did, in addition to keeping the status of their employment, receive any real consideration as a benefit in signing the non-compete agreement.

Employee Rights to Get Released from a Non-compete Agreement

If, as an employee under a non-compete agreement contract, you violate the terms of your agreement, the company will sue you for damages. It’s important to secure legal counsel to review your contract details and plan the best course of action so you can be released from the non-compete agreement in a court of law.

It is recommended that you have experienced counsel with a proven record in business law and business contracts review your non-compete agreement to determine if the consideration offered in your case is sufficient. Oftentimes, we find that due to a lack of additional consideration, employees can be freed from the contractual demands of their non-compete agreement, allowing them to move on from their current company and explore other jobs and career endeavors in the field of competitors.

If you regret signing a new employee non-compete agreement or felt pressured into signing one while you were already working for the company, we believe you should not have to feel as though you are trapped and never able to move on to other future career opportunities with competing businesses.

Unfortunately, the state of North Carolina has affirmed the Blue Pencil Doctrine that significantly limits the court’s ability to rewrite, re-word, or strike down non-compete agreements.