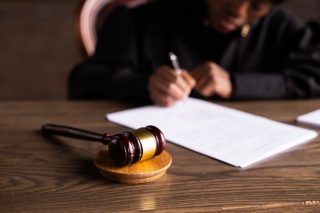 If you have a criminal record, you know how this can negatively impact your future. A mistake made in the past may mean you are unable to get a job, rent an apartment, or receive student loans or government aid. You’re not alone in this; approximately one in four adults in North Carolina have some type of negative criminal record, ranging from dismissed charges that show up as red flags to juvenile charges that occurred over a decade ago.

First, what is expungement, and what does it mean to have a record expunged? From a legal perspective, it means to destroy or seal a criminal conviction, removing it from a person’s record so that when a background check is run, the charges or conviction aren’t shown. Basically, it wipes the slate clean.

Speak to an Expungement Attorney Today

What Does the Second Chance Act Do?

Prior to December 2020, North Carolina had incredibly strict rules and narrow eligibility guidelines for what records could be expunged. The Second Chance Act expands eligibility and makes the process to remove charges and convictions much faster and more efficient. The Act can be broken into three parts.

A large portion of the bill is geared toward clearing juvenile records, specifically, convictions against youths who were 16 or 17 at the time. This includes all convictions for misdemeanors, as well as Class H and Class I felonies committed prior to December 1, 2019.

A petition must be filed after any sentencing aspects (incarceration, probation, community service) have been completed in order for the conviction to be expunged. The exceptions to this include traffic offenses, including DWI, and sexual offenses that require the offender to register on the sex offender registry.

2. Expungement of Dismissed Charges and Not Guilty Verdicts

Who Can Apply for Expungement of Nonviolent Convictions?

Assuming the sentence is complete and the timelines have passed, let’s look at the eligibility guidelines to have a conviction expunged:

Additionally, the crimes that can be removed from the record are rather complex.

Do You Need an Expungement Attorney?

We would highly recommend working with an expungement attorney to clear your criminal convictions. The petitions and process involved is much more complicated than you may realize, and having an experienced attorney on your side can ensure that the process is completed correctly and improve your likelihood of clearing your name.

Schedule a Consultation with an Expungement Attorney Today

If you have a criminal conviction, reach out to an expungement attorney at Kirk, Kirk, Howell, Cutler & Thomas, LLP. We will look at your unique case and help determine eligibility and what your options are. We can also represent you during any hearings and file petitions on your behalf to help improve the chance of favorable outcomes. To learn more, reach out to us today at [phone] or fill out the form below to get started.

Protecting your Privacy ~ Your privacy is our primary concern.  At Kirk, Kirk, Howell, Cutler & Thomas, LLP., we understand the importance of protecting your privacy and will never share your contact information with a 3rd party. Contacting our law firm does not imply any form of the attorney-client relationship.

Find Out If You Are Eligible for Expungement

Thank you for inquiring about your eligibility to expunge your criminal record. Please answer the following questions to help us help you.

How to Have Your Criminal Record Expunged in North Carolina