On television, we often hear police and lawyers use words like assault and battery interchangeably. Due to this, there can be confusion on what those charges actually mean. At Kirk, Kirk, Howell, Cutler & Thomas, LLP, our criminal law team has defined what an assault charge means in North Carolina. 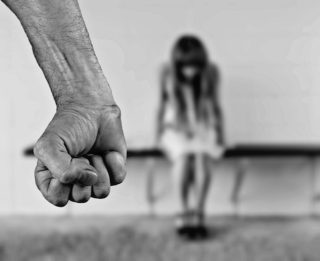 What is Considered Assault in North Carolina?

Assault – A reasonable threat of bodily injury that instills fear of harm in the victim. Listed as a crime and tort, thereby resulting in either criminal and/or civil liability. Some jurisdictions include physical attack as part of assault. Those jurisdictions consider arguments, slapping or pushing as simple assault cases.

The term assault applies to a variety of charges, classes and degrees.

In North Carolina there are 3 types of assault and battery crimes listed under the misdemeanor status.

Assault with a deadly weapon – committed with the intent to kill or cause serious bodily injury.

Chapter 14- Article 8 of the North Carolina General Assembly clearly defines the acts that will be charged under felonious assault.

2 Levels of Assault with Deadly Weapon in North Carolina

Serious Injury – an injury that potentially requires medical attention. The injury may not require attention by medical personnel, but if the possibility exists, then the charge is defined as serious.

Intent to Kill – the details surrounding this charge point to the conclusion that the goal of the aggressor was to kill the victim. Verbal and written threats will contribute to the charge.

What is the Difference between Battery and Assault?

This can be tricky, but a simple rule of thumb is any direct, physical contact is considered battery. Simply verbalizing or acting in a threatening manner will be deemed assault.

Can You Go to Jail for Assault?

Absolutely! Even a  simple assault can carry a maximum jail sentence of 30 days.

Can Simple Assault Charges be Dropped?

In many types of criminal cases a victim of a crime can request for charges to be dropped and the offender can avoid penalties. In the case of assault, the charges are brought forth by the “State” prosecution. Due to this, a victim of assault will not have the ability to drop the charges. It will be up to the prosecution to determine if a plea deal will be offered.

Can an Assault Charge Affect My Employment Status?

First, are you seeking employment from a job that requires extensive background checks? Are you applying for a job prior to conviction?

Basically, the type of job you are seeking, in addition to your overall qualifications, the employers hiring requirements, and your competition for the job are contributing factors to your employment success.

If you are not convicted, and are in the hiring process of a job, then legally, the assault charge should not be considered. After conviction, this point is moot. Any employer that disqualifies potential staff based on criminal convictions would, in all likelihood, move on to the next qualified candidate. Remember, ANY criminal conviction will typically have a negative impact on hiring status.

If You are Witness to an Assault Should You Report It?

There are no legal requirements to report or stop a crime, especially if doing so will also place yourself in danger.

There are mandatory reporting requirements such as the duty to protect children from abuse and employment related obligations, but aside from those examples, the general public is not required to stop or report crimes.

Do I Need a Lawyer for an Assault Charge?

As a general rule, any time that you are charged with a crime or receive a subpoena, contacting a Raleigh criminal lawyer is a must. The laws can be very confusing, and representing yourself is never a good idea. A good criminal lawyer can help you get your charges reduced or possibly even dropped altogether if the attorney has been given enough time and information to put together a compelling defense.

Self Defense – considered an “affirmative defense” as the defendant acknowledges the event occurred, but only did so in response to self preservation. For self defense to exist, the defendant must prove the defense was necessary, they were not the aggressor and the use of force was proportionate to the situation.

Alibi – the alibi defense is used to show the defendant could not commit the crime in question because they were not present or there are witnesses to testify the event did not occur.

Consent – the “victim” approved of the action prior to the act.

Consent must meet the following criteria:

*No intent is necessary to be proven if a victim does not consent to sexual activity. The result is automatically regarded as a sexual assault.

Our attorneys represent clients in the following areas:

If you have been charged in an assault related crime, then our Raleigh criminal attorneys are ready to serve you. Since 1957, the criminal law team at Kirk, Kirk, Howell, Cutler & Thomas, LLP have helped individuals wrongly accused of assault and other violent crimes.

If you have been falsely charged with assault, assault with a deadly weapon or sexual assault, then our Raleigh criminal lawyers are only a call away. You can schedule a consultation with a Raleigh criminal attorney by calling (919) 615-2473 or completing the online contact form below.