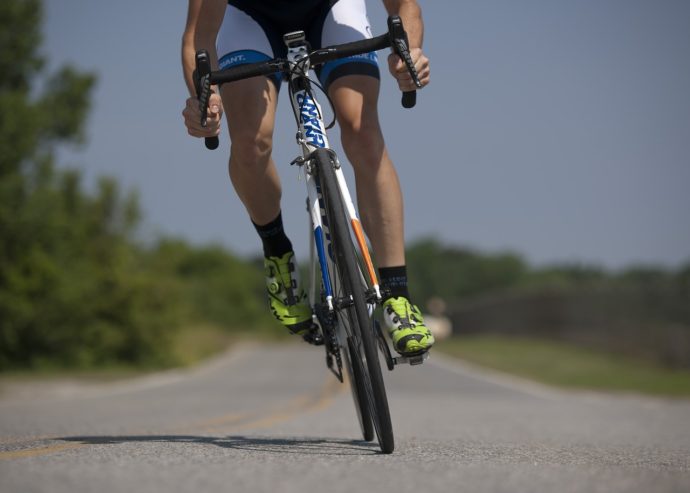 North Carolina roads are not built exclusively for cars and trucks. All public motorists have a right to travel on the roadways, and bicycles are no exception. Over the past decade, cycling has risen in popularity, especially among adults in Raleigh who are looking to reduce their carbon footprint, get more exercise, and reduce costs while getting back and forth to school with ease.

Due to this increase in cycling traffic, Kirk, Kirk, Howell, Cutler & Thomas believe it is important to share some cycling statistics and address the rules of the road as it pertains to cycling, and how to remain safe when traveling and what to do in the event of an accident.

The NCDOT defines a bicycle as non-motorized vehicle with 2 or 3 wheels in tandem, a steering handle, 1 or 2 saddle seats and pedals by which vehicle is propelled. Bicycles are considered a vehicle, recognized under a special class that provides users with the same rights to the roadway as trucks and cars. This means that cyclists must exercise responsible driving practices such as obeying traffic laws, including those designed for safe travel and stopping at stop signs and traffic lights.

Why is this important? As a bicyclist, you are entitled to the same protections as if you were driving an automobile, including a right to expect other automobile drivers to observe their obligations to yield, keep a proper lookout, and other laws designed to protect the safety of the “motoring public.” Many bicycle accidents occur because car and truck drivers don’t consider bikes their “equal” on the road, and thus, don’t follow proper protocols, which is why our bicycle accident attorneys are dedicated to helping our clients get the compensation they are owed for other drivers’ negligence.

The Bicycle & Bikeways Act of 1974 by the NCDOT was the nation’s first state bicycle program to create bicycle planning, programming and safety. The Act set the statute that bicycles are a valid vehicle for highway use, allowed the same rights and responsibilities and considerations as other motorized vehicles. The Act continues to state:

On average there are 20 cyclists killed in the state each year, and sadly, one out of six deaths are children under the age of 16. About 20 to 30 percent of all bicycle related injuries involve a collision with a motorized vehicle. These injuries are usually very serious and sometimes even fatal.

When you look at bicycle accidents as a whole, location, position on the highway, and riding directions have the most impact. In North Carolina, most accidents occur in high-traffic or high-population areas. Typically the percentages of accidents breakdown as:

While it may not sound like a large amount of people, most of these bicycle accidents are caused by negligence, meaning they could have been avoided with proper care. Even more troubling, Wake County has the highest total of bicycle/motor vehicle crashes from 2008-2012 with a staggering 13.3% of the state total, and Raleigh ranks second in crashes within cities, with 2.1 accidents per 10,000 residents, or 8.8% of the NC total.

Adult males are at the highest risk for being injured in a bicycle accident, with men accounting for 85 percent of accidents over a five year period, according to a report released by NC Department of Transportation.

The major factors in determining the likelihood and outcome of a bicycle accident is the location. Over 75 percent of collisions occur on two-lane, undivided highways, and while the majority of crashes take place on roads marked below 35 mph, the outcome of crashes on higher speed roads is much worse. When a car collides with a bicycle at 35 mph or less, only around 1 percent is fatal, whereas collisions above 55 mph have a 22 percent fatality rate.

Regardless of speed limits, almost half of all total bicycle accidents take place at intersections, primarily where the intersection is marked with a stops sign or signal.

While so many of the cases our bicycle accident attorneys see is caused by the car driver’s error, it’s still important to exercise safe bicycle riding practices to try and protect yourself from   collisions and life threatening accidents. Here are some necessary precautions cyclists should take:

To avoid an accident, visibility is crucial. It is recommended to install front and rear lamps that can be seen at least 300 feet from a bicycle. It’s also important to remember, North Carolina law states, “riders must ride in the right lane, as close as practicable, to the curb or right side of the road.” The law also states, “Act like a vehicle” and “ride in the direction of traffic.” A cyclist should NEVER ride facing oncoming traffic as this is the leading cause of collision between motorists and cyclists, the only exceptions include:

In order to keep both cyclists and drivers safe, NCDOT has addressed the need to regulate large groups. First, group riding with 30 or more cyclists will require an official road event permit. Also,

Group organizers should consider the need for traffic control and coordination with emergency responders in the event of an accident. In addition, it is good practice to post information on planned rides and cycling routine on publicly accessible websites.

What to Do If You’ve Been Injured in a Bicycle Accident?

If a cyclist is involved in a collision, whether it’s another bicycle, motor vehicle, pedestrian or even by unavoidable hazards that have been unattended by a business or municipality, there are opportunities to recover compensation for damages. Our bicycle accident attorneys work with clients that have been injured through no fault of their own due to a variety of causes, and a claim can be made against the home or business owners insurance.

After an accident, if you are able to, make sure to get:

DO NOT repair or alter your bicycle after an accident. This is valuable evidence that will be needed to address your claim.

As a victim of a bicycle related crash, you can pursue criminal charges against an offender.

It’s important to only communicate with your attorney, rather than the driver or other party’s insurance agent or adjuster. Any communication could potential reduce your attempt at a recovering a claim. Having an attorney experienced in bicycle accident cases communicate with the offender or their insurance will be your best chance at receiving an appropriate settlement.

Contact Our Experienced Raleigh Bicycle Accident Attorneys for Help with Your Case!

As more cyclists take to the Raleigh roadways, collisions will become all too common. It is important that you seek a legal team with the knowledge you need to win your bicycle crash case. Often, when bicycle crashes or incidents of harassment by motorists occur, the police officer handling the scene won’t be versed in the exact nature of the laws and can potentially mishandle the situation. If you have been involved in a bicycle related event and need representation, our team at Kirk, Kirk, Howell, Cutler & Thomas will be ready to serve you.

Call our Raleigh personal injury attorneys at (919) 615-2473 or complete the online contact form below to speak with a Raleigh bicycle accident attorney.