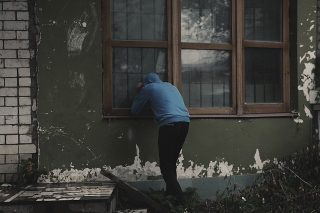 Charges related to crimes involving potentially stolen items can be a very complicated area of the criminal law field. Depending on varying factors, your charges could be simple, but a small difference in the value of one item compared to another could be the difference in being charged with a misdemeanor or a felony.

Most low value theft crimes are charged as a misdemeanor, but that can depend on if you have prior convictions or if the value of the property deemed stolen exceeded the State’s legal definition for that item.

For example, stolen vegetables from a farmstead may have a lower threshold for meeting the felony penalty than stolen electronics from someone’s living room. The reason being that the vegetables represented a means of sustenance or a good to be sold, whereas home electronics do not necessarily provide a return value. The case could potentially result in a felony outcome if the electronics were part of a home office and were used for small business needs.

Theft or larceny can be defined as the wrongful taking and removal of items or belongings owned by someone else for the purpose of personal gain.

Possessing or taking property with a value of $1,000 without authorization is considered stealing and would be charged as theft.

A common crime often committed accidentally. Even with intentions to purchase an item, being found with concealed products prior to purchase can be suspicion enough to warrant a criminal charge.

Intentionally taking items from a store or business without paying is considered shoplifting.

Employee theft can constitute a variety of items ranging from the smallest pen to the largest cash or equipment theft.

Embezzlement does not require the act of stealing or theft, but rather the deceitful possession of items that were entrusted to be in possession by the individual in question. Basically, this means that the person in possession of the items, was misappropriating them, and only had access to the items due to the position held with the business or agency.

Because this possession violates a “trust agreement” between the employer and the employee, the charge is for embezzlement rather than larceny.

Using deceptive means to obtain money, goods or services. Falsification of documents or using someone else’s name constitutes a charge in this category.

Increased use of the internet creates situations where information can be stolen and used by someone else. Credit card numbers, social security information and other personal documents can be scraped from personal computer devices through non-secure connections. Being charged with identity theft can be a difficult charge to overcome as the evidence is left on the computer used to commit the crime.

Knowingly possessing or purchasing stolen items is a misdemeanor crime depending on the value of the items. In order for the defendant to be found guilty, the state must prove that there was prior knowledge that the items were stolen.

The Federal jurisdiction takes precedent in cases with goods over $5,000 or with interstate transport of the items.

Burglary is usually described as Breaking and Entering. No matter if force was used to enter or if the premises was entered casually, the purpose is known as entering with the purpose of committing a theft.

Felony theft convictions are often accompanied by minimum jail time. Previous convictions can heavily influence the restitution required by the state following additional charges and convictions. Felony theft is known as Grand theft or Grand Larceny and in most cases stems from the value exceeding $1,000 for whatever is stolen and the serious nature crime results in proportionate legal consequences.

Obtaining money, services or goods by means of coercion. Typically associated with organized criminal enterprises. Commonly referred to as the “protection racket.”

In many cases, the Federal government is the prosecuting party and and thus the severity of the punishment requires legal counsel experienced in defending cases in Federal court. Interstate movement of stolen goods or even digital theft in states other than the state lived in by the defendant are cause enough for the Federal prosecution to take over the case.

Contact a Raleigh Criminal Lawyer for a Theft Charge Defense

No matter the severity of the crime, being charged with theft can be a difficult conviction to overcome even after you have paid your dues. Potential employers are less likely to hire persons convicted of theft charges as they are considered a potential employment risk. That is why it is important to have representation from a Raleigh criminal lawyer for your theft case. Our team can guide you to the proper resolution for your case.

Call (919) 615-2473 or complete the online contact form to speak with an attorney about your theft charge.