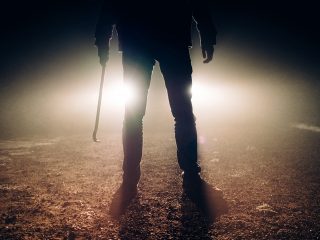 Defining the Difference Between Assault and Battery

Assault is creating a threat of bodily harm or injury even if no physical contact has taken place. Either the offender has attempted to injure the person and did not make physical contact, or they used a show of aggression to make the other party believe that harm was imminent.

For example, simple assault could be threatening to hit another adult, which is a Class 2 misdemeanor while assault by pointing a gun is a Class A1 felony and carries serious penalties. Learn more about assault laws in North Carolina.

Battery, on the other hand, involves making physical contact with the victim. This encompasses both injuring someone else or touching someone in an offensive manner.

In North Carolina, when someone causes a minor physical injury to another person, they are charged with simple assault and battery according to N.C.G.S. 14-33. An example would be an adult male pushing another adult male and knocking him to the ground. Simple assault and battery is a Class 2 misdemeanor in North Carolina, carrying a penalty that can range from probation to up to 60 days in jail and a $1,000 fine. Sentencing varies depending on whether there are no prior convictions.

Class A1 Misdemeanor Assault and Battery

The charges can be raised from simple assault and battery to a more serious Class A1 misdemeanor if certain factors are met. If found guilty of a Class A1 misdemeanor, penalties range from probation to 150 days in jail and a fine as determined by the judge.

Serious Injury During the Altercation

A simple assault and battery charge becomes a Class A1 misdemeanor in the event the charged person physically harms someone who is:

Use of a Deadly Weapon

When physical injury is caused using a deadly weapon, the accused is charged with a more serious crime. This becomes confusing because North Carolina assault and battery laws do not define what a deadly weapon is.

While the majority of assault and battery charges are misdemeanors, there are situations where the accused will be charged with a felony.

Serious Injury to a Person with Disabilities

N.C.G.S. 14-32.2 states that if someone causes serious physical injury to a person with either a physical or developmental disability, that charge is elevated from a Class A1 misdemeanor to a Class F felony. If convicted, the party may be sentenced to up to 41 months in prison.

If the victim receives a bodily injury that leads to a substantial risk of death, causes a coma, chronic, extreme pain, or severe, permanent disfigurement, the accused may be charged with a Class F felony.

Intent to Kill or Inflict Serious Injury with a Weapon

If a man or woman is accused of assaulting someone with a deadly weapon and shows an intent to kill, he or she will be charged may be charged with up to a Class C felony, which may carry a penalty of up to 15 years in prison.

Contact a Raleigh Criminal Defense Lawyer for a Battery Charge

An assault and battery conviction can negatively affect your life for long after you completed your sentence. Make sure you get the best outcome for your case by working with an experienced, aggressive criminal defense lawyer who understands the nuances of assault and battery laws.

At Kirk, Kirk, Howell, Cutler, & Thomas, our team of Raleigh criminal lawyers provide expert representation for our clients and can help you get achieve a proper resolution to your case. Call us today at (919) 615-2473 or fill out the form below to connect with our attorneys.