Kirk Kirk Law > Resources > Uncategorized > Guns at Protests: What Are Your Rights?

In recent months, protests have swept the nation. From issues of police brutality to mask mandates, people are gathering to make change happen. While the right to assemble is protected under the First Amendment, and 93 percent of protests have been peaceful, there have been cases of violence. As we saw in Kenosha, a 17-year old from Illinois crossed state lines as part of a counter protest and shot three people, killing two. This has all led to a lot of questions in North Carolina about what the law allows and prohibits in relation to carrying guns, what constitutes self-defense at a protest, and crossing state lines. Our attorneys in Raleigh are helping you make sense of gun rights in North Carolina in relation to your and others’ right to protest. 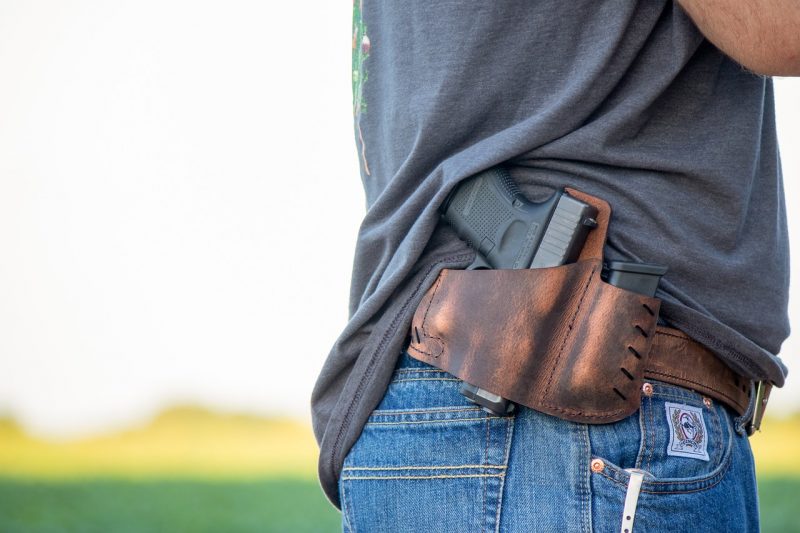 First, let’s look at the basis of how and when you can legally carry a gun in North Carolina. The Tarheel State is generally permissive with gun laws, allowing both open carry and concealed carry. To openly carry a gun, including handguns and long guns, you must be 18 or over and not have any basis of ineligibility, such as being an undocumented immigrant or convicted of a felony or misdemeanor domestic violence charge.

Concealed carry laws are a bit more complex. In order to have a permit, the local sheriff’s department will require the following:

While you are legally allowed to openly carry a gun or carry a concealed gun with proper the proper permit, communities in North Carolina have passed municipal laws. Chapel Hill restricts open carry to guns of a certain minimum size while Holly Springs voted to prohibit open carry on town property as of September 1, 2020.

It is also illegal to carry a gun either openly or concealed in a government building, health care facility, school or school property. Also, private businesses are allowed to prohibit guns from their establishment, though there should be a notice that guns are prohibited.

Carrying a Gun at a Protest or Public Gathering

In regard to protests, public gatherings, and demonstrations, the gun right laws become a bit more complicated. According to the North Carolina General Statute 14-277.2, “It shall be unlawful for any person participating in, affiliated with, or present as a … demonstration upon any private health care facility or upon any public place owned or under the control of the State or any of its political subdivisions to willfully or intentionally possess or have immediate access to any
dangerous weapon. Violation of this subsection shall be a Class 1 misdemeanor. It shall be presumed that any rifle or gun carried on a rack in a pickup truck at a holiday parade or in a funeral procession does not violate the terms of this act.” So, carrying a gun to a protest at a health care facility or government land can lead to a Class 1 misdemeanor.

This can point back to the fact that North Carolina is a common law state, which means appearing at a public place while carrying a firearm can be considered an affray or threat, depending on the circumstances, according to the 1843 ruling of State v. Huntley. Basically, it is legal to carry a gun for lawful purpose, but if it is the “wicked purpose and mischievous result” and “in such manner as naturally will terrify and alarm a peaceful people.” that it is illegal.

For example, carrying a gun in a holster is, in general, perfectly legal. However, if you are at a demonstration and are gesturing to your gun or making its presence known in a way that could be considered intimidating, this would be considered an affray. Because of the nuance of the law, North Carolina has determined carrying a gun at a demonstration is a misdemeanor.

Stand Your Ground Laws During Demonstrations

“Stand Your Ground” laws in North Carolina provide citizens with the legal right to defend themselves with deadly force in their homes, cars, and workplace without the “duty to retreat.”

A person is justified in the use of deadly force and does not have a duty to retreat in any place he or she has the lawful right to be if either of the following applies:

The seceond scenario falls under “Castle Doctrine,” giving you the right to defend yourself when an intruder enters your home and poses a threat. However, reasonable force must be used, ie: you can’t use deadly force when faced with a non-deadly threat.

In reference to protests and demonstrations, you would only be able to use self defense and stand your ground laws if you are being threatened with deadly force or someone is attempting to intrude upon your home, vehicle, or while you are at your workplace.

North Carolina honors reciprocity, meaning if you have a valid concealed carry permit from another state, you can use it, provided you are following all other laws of when and where you may carry a gun. For example, if a person from Virginia has a concealed carry permit, North Carolina honors this, and regarding openly carrying a gun, as long as a traveler is over 18 and does not break ineligibility requirements, they are legally allowed.

Schedule a Consultation with Our Gun Rights Attorneys in Raleigh

If you have been arrested for carrying a gun or defending yourself during a demonstration, reach out to our attorneys in Raleigh today. We will advocate on your behalf and protect your right to bear arms. To schedule a consultation, reach out to us at (919) 615-2473 or fill out the form below to learn more.

Candace is an experienced criminal law attorney in Raleigh. She also has had extensive experience as a paralegal with Kirk, Kirk, Howell, Cutler and Thomas before becoming an associate attorney with the firm.

What To Do If You Were Denied a Concealed Carry Permit

Your Gun Rights Under Mental Health Laws in North Carolina