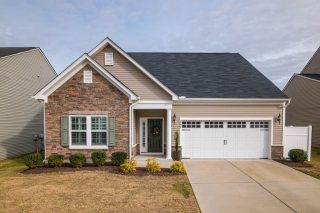 There is a large amount of misinformation related to self-defense, particularly regarding what you can do to protect yourself if you feel threatened on your property. We’ve all heard stories about homeowners facing criminal penalties and civil cases after defending themselves, so what can you do? To help you better understand, our criminal defense lawyers are explaining Castle Doctrine and how it’s applied in North Carolina.

What Is Castle Doctrine?

The term “Castle Doctrine” is taken from the adage, “a man’s home is his castle,” and refers to the legal right an individual (man or woman) has to use force, including deadly force, to defend their life, home, or personal spaces including a workplace or vehicle. This means you are not expected to retreat or hide when you feel threatened, and you may instead “stand your ground” and use justifiable force to defend yourself from harm.

Understanding Justifiable Use of Force Under the Castle Doctrine

It’s important to be aware that justifiable force may or may not include deadly force. First, you may use justifiable force to defend yourself against another person who is using illegal force against you. You also have the right to use deadly force if you have a reasonable belief that doing so is necessary to prevent death or serious bodily harm to yourself or another person. Basically, if you are investigated or even charged with a crime for using force against someone, the investigator or jury would have to determine if using force was objectively reasonable and that the average person would feel they were in grave danger.

Does Castle Doctrine Apply to Trespassing?

In an instance where an armed intruder breaks into a home and the homeowner responds with deadly force, this case would most likely fall under Castle Doctrine, and the force would be justified. But what if there’s someone trespassing on your property? Do you have the right to stand your ground in this case? Not necessarily.

If someone is on your property and they make no move to enter your home and they are not threatening or approaching you, you would most likely not have justifiable cause to approach and use force. Castle Doctrine means that you are not expected to retreat from a threat, but you may not be seen as having a reasonable cause to use force.

Civil Cases and Self Defense

Criminal prosecution of a case in which an individual uses force against someone breaking into their home, car, or workplace is fairly rare in North Carolina as the presumption of justification is often clear cut. However, civil cases have a much lower burden of proof, and using Castle Doctrine as justification in a wrongful death case may be difficult depending on the circumstances.

Schedule a Free Consultation with a Raleigh Attorney Today

If you are in need of a defense attorney due to defending yourself or your property, either in a criminal suit or civil suit, reach out to the team at Kirk, Kirk, Howell, Cutler, and Thomas, PLLC. We have an in-depth knowledge of Castle Doctrine and will strive to prove your innocence. To learn more, reach out to us today at 919-615-2473 for our Raleigh office or at 919-365-6000 to reach our Wendell office. You can also fill out the form below to get started.

Obtaining a Certificate of Relief in North Carolina

Immigration Consequences Of A Criminal Conviction In North Carolina